When you have been told ...
there is no hope using conventional treatment, or
the  options on offer are unviable or impractical, and
have very little chance of success, and/or
have a very poor long term prognosis ...

Only by thinking and working outside "the box" is it possible to achieve a result that is considered impossible using inside the box thinking... Find out more

Whilst the seriousness of a diagnosis cannot be under-estimated or dismissed, it isn't necessarily the end of the road in the way it is often portrayed.

Modern medicines are often directed at reducing symptoms - eg anti-inflammatories, antibiotics, anti-virals etc instead of recognising that there is always an underlying cause of the disease that is often rooted in chronic inflammation and suppressed immunity, allowing infection or cancer cells etc to become established.  Likewise in auto-immune disease, the immune system reacts against the body's own cells for a reason....

If disease is to have any chance of being truly reversed rather than suppressed, then the root cause must be identified and addressed.  If the cause can be corrected at a speed greater than it causes the body to deteriorate then health can be recovered. Even if a disease cannot be reversed it is usually possible for it to be significantly slowed without losing quality of life.

Adding an additional toxic load to the system in the form of chemotherapy, radiation and other aggressive approaches frequently give temporary respite only and often reduce the quality of life concurrently.  In the worst cases they can hasten the deterioration.

Roger Meacock MRCVS has been treating lost cause animals for over 20 years using a variety of techniques and products he has gathered together from all over the world.

Roger's approach is simple in theory but it takes his considerable experience and knowledge of working outside the proverbial box to put everything together for the best approach in individual cases.

When you're being given no or very little hope using conventional approaches, what have you got to lose by making an appointment with Roger?

Contrary to what we're led to believe by mainstream veterinary medicine, there are a number of natural products that have efficacy in treating serious illnesses including auto-immune disease and cancer.

There are a number of very good reasons why such natural product haven't gone through the regular licencing process.

Roger has considerable knowledge of a number of such products that are efficacious in their own right, but when combined together can potentially deliver a much higher degree of success.

When you make an appointment, Roger will give you a no-nonsense appraisal of what he can do to help, and how much hope there might be.  When it comes to serious illnesses there is always individual variation to take into consideration as no two cases are identical.

All treatment of any condition is playing the percentage game. Anybody who tells you differently doesn't fully understand what they're doing.  There can be no guarantees of success although Roger's approach is designed to shift the balance of probability towards a successful outcome.

The overall aim is to return the internal environment of the body to its optimum for normal functioning.

For conditions where conventionally there is frequently little/no chance of success, a different approach working outside the box is the only way to give hope.  As Albert Einstein said, "The definition of madness is to do the same thing and expect a different result!"

You have to dare to be different...

Once you have had an initial consultation you will be given access to the Client only Area where you can read up on the different products and re-stock whatever has been chosen for treatment.

Unfortunately due to limitations placed on product descriptions and claims for products without a UK Authorisation Number by the Veterinary Medicines Directive I am unable to provide more information on the various products I have put together in the public area of the website.

These products have been discovered and/or developed by some of the top scientists in their field and in many cases have a history of successfully treating serious illnesses. Animals that have survived don't care if their survival is considered anecdotal - they're just happy to live in the moment and enjoy life!!

In April 2010, Casper's owner came to Roger for help in a supposedly no-hope situation and with little time to live according to his prognosis.  Using a combination of supplements, diet and resilience from Casper, he pulled through and died of old age at 14 yo nearly 3 years after he was diagnosed.

Roger now has even better options available to him that he didn't know about then and that weren't available at the time. Whilst it is impossible to claim that every case will respond as well as Casper, where there's life there's HOPE ... 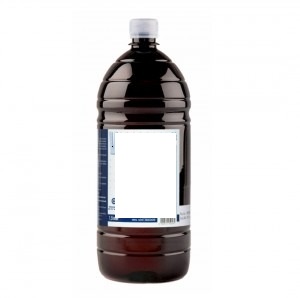 Why have a Consultation? Maybe not all hope is lost...

This product is licensed in Hungary for treating animals that have been diagnosed with serious disease. Roger can prescribe this under Cascade rules having had a consultation to make sure it is appropriate. 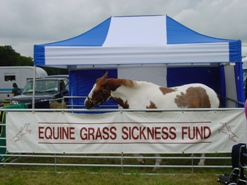 Following treatment and lots of hard work by his owner, Bertie made a good recovery and made an appearance on the Grass Sickness Fund stand at a local Show.

Roger has saved many horses from unnecessary PSD and other lameness-associated surgery too.

Holistic Overview Every interaction is important

The Holistic perspective takes all factors into consideration including diet, environment and lifestyle factors.

What DO previous Clients have to Say?...

This site uses cookies to improve your experience. Continued use of the website signifies your acceptance of the use of cookies. Your privacy is important to me and your details will never be passed to any 3rd party. Accept